Pregnancy massage is modification of techniques & body positions to meet the needs of women as they undergo changes during pregnancy and the postpartum period. Pregnancy is a sequence of events that begins with implantation, continues with embryonic and fetal growth, & ends in childbirth. Normal gestation is approximately 10 lunar months; (40 weeks, 9 calendar months, or 266 days) & is divided into trimesters. Labor usually begins after the fetus reaches a gestational age of approximately 40 weeks.

There are myths with pregnancy and massage, including not massaging a woman in her first trimester and avoiding her ankles. The American Pregnancy Association states “Women can begin massage therapy at any point in their pregnancy – during the first, second, or third trimester.” No matter what trimester, massage practitioners should always be checking in with clients before massage, looking for new contraindications and the general well being of the client.

The first trimester is the first 14 weeks of pregnancy (from the first day of the last period). The placenta develops with the fetus. The mother and fetus exchange nutrients and wastes and serves as a filter system that allows small molecules such as glucose, oxygen, and nitrogen to pass. Unfortunately, many drugs, alcohol, viruses (e.g., rubella, HIV), and other toxic substances can also pass through the placenta, producing negative effects on the unborn child.

Massage During the 1st trimester – There has been an erroneous belief that massage and foot reflexology should be avoided in the first trimester, because these treatments may cause miscarriage and, therefore, put providers at risk for malpractice lawsuits and other litigious events (Embong et al, 2015; Stillerman, 2019). There is no scientific evidence that suggests massage or foot reflexology during the first trimester causes adverse effects to the mother or the unborn. This is also true for the second and third trimesters. In addition, there have been several studies that included participants in the first and second trimesters of pregnancy who received beneficial effects from massage (Agren & Berg, 2006; Asadollahi et al, 2019; Fogarty et al, 2019).

Also, denying massage services to a woman who is pregnant or breastfeeding or who has recently given birth may be in violation of anti-discrimination laws. While denying massage services to this population is not explicitly prohibited under current federal law, standards are evolving. Pending federal legislation regarding the Equality Act (2019) would prohibit discrimination on the basis of the sex, sexual orientation, gender identity, pregnancy, childbirth, or a related medical condition of an individual. If enacted, discrimination against this population would be unlawful, even if the service provider is acting out of good intentions. Furthermore, denying a pregnant woman services could also be considered an ethical violation, as it reduces the principles of autonomy and decisional authority, as well as the principles of justice and nondiscrimination.

Modifications are made for miscarriage signs and symptoms, deep vein thrombosis, morning sickness, and breast changes.

Miscarriage –Miscarriage is the premature termination of a pregnancy and occurs in approximately 20% to 30% of all pregnancies. In most cases, the cause of miscarriage is unknown. Signs and symptoms of miscarriage are abdominopelvic pain, cramping, or vaginal bleeding or spotting. Miscarriage is also called spontaneous abortion.

Massage & Miscarriage – Postpone massage if she is experiencing any signs or symptoms of miscarriage and refer your client to her obstetrician or health care provider who is managing the pregnancy. This restriction is true for all trimesters. The time after miscarriage can take be emotionally as well as physically taxing. Be sure your touch and presence are supportive and compassionate during the grieving process.

Deep Vein Thrombosis –Deep vein thrombosis, or DVT, is inflammation of a deep vein with blood clot formation. The most serious complication of DVT is pulmonary embolism as 90% of pulmonary emboli originate as blood clots from leg veins. Because of decreased clot-dissolving properties during pregnancy and increased clot-producing factors, pregnant women are at a higher risk for DVT; five to six times greater.

Acute complications of DVT is pulmonary embolism (PE), a blood clot lodged in the lungs. Venous thromboembolism (VTE) is a collective term for DVT and PE; the terms DVT and VTE are often used interchangeably. PE may progress to pulmonary hypertension, high blood pressure resulting from narrowed or blocked pulmonary vessels. Over time, PE causes the heart to work harder, which may lead to heart failure. PE is a leading cause of maternal death after childbirth.

Massage & VTE/DVT – If the client has been diagnosed with VTE or DVT, avoid the affected lower extremity (i.e., leg and thigh).  If the client does not have a diagnosis of VTE or DVT, look for signs and symptoms of DVT. Signs and symptoms of DVT include unilateral leg edema (swelling), heat, redness or noticeable discoloration, pain, tenderness, and prominent superficial veins. If signs and symptoms of DVT are present, avoid massage to the affected lower extremity. Communicate your findings of DVT signs and symptoms to the client and recommend medical testing by his or her healthcare provider. See the last section in this course for a referral protocol. This restriction is true for all trimesters and continues until week 10 postpartum. Massage does not affect muscle blood circulation (Shoemaker et al, 1997) and massage has been found safe with precautions taken such as screening for DVT and avoiding the affected limb (Ng et al, 2018).

Morning Sickness – Morning sickness or the nausea and vomiting of pregnancy (NVP) affects approximately 75% of pregnant women during the first trimester. NVP can begin as early as day 10 and usually dissipates by week 14. Some women feel nauseated throughout pregnancy.

Massage & Morning Sickness – Consider using a semireclining or upright position during most of the session because this position may reduce nausea (Fathi et al, 2014). Avoid techniques causing the client to rock or shake, because excessive body motion may worsen nausea (Kloter et al., 2019).

Research. Three 60-minute massages reduced the severity of nausea and vomiting of pregnancy or NVP (Agren & Berg, 2006). Participants in this study were in gestational week 7–13. Women between 8–20 weeks of pregnancy who received 20-minutes of reflexology for 4 consecutive days experienced a reduction of gestational nausea and vomiting (Asadollahi et al, 2019). Acupressure reduced NVP symptoms (Lee & Frazier, 2011), as did acupressure applied to pericardium 6 (P6) using human hands (Werntoft & Dykes, 2001) or a wristband with acupressure buttons applied to P6 on both wrists for 4 days (Steele et al, 2001). However, Mobarakabadi et al (2019) and Norheim et al (2001) found similar reductions in nausea and vomiting using wristbands with and without pressure applied to P6, suggesting its effectiveness may be related in part to the placebo effect.

Breast Changes – Female breasts undergo many changes during pregnancy. Blood supply to breasts increase and they become enlarged and tender, usually by week 8. Breasts may leak colostrum (early breast milk) in preparation for their job of infant nourishment, but this is more common in the third trimester.

Massage & Breast Changes – Use supportive cushions and positional modifications to make her as comfortable as possible. If she elects to wear a bra during the massage, modify your technique to work around the bra.

Asadollahi, F., Babazadeh, R., Abdi, H., & Esmaeily, H. (2019). The effect of foot solar plexus reflexology on the severity of nausea and vomiting in the first half of pregnancy: A randomized control trial. Iranian Journal of Obstetrics, Gynecology, and Infertility, 22(6), 54–64.

Fogarty, S., McInerney, C., Stuart, C., & Hay, P. (2019). The side effects and mother or child related physical harm from massage during pregnancy and the postpartum period: An observational study. Complementary Therapies in Medicine, 42, 89–94. 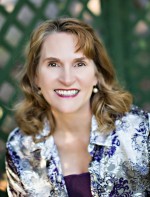 Dr. Susan Salvo is a massage therapist, author, educator, researcher, explorer, and perpetual student. To learn more, check out the “About Susan” tab. You can contact Susan at susansalvo@hotmail.com.